The Fantastic Jungles of Henri Rousseau: An A is for Aging Book Review

The Fantastic Jungles of Henri Rousseau

“Henri Rousseau wants to be an artist.

Not a single person has told him he is talented.

This is a tale of blossoming creativity realized in later life. And a story of dedication to learning a new skill over many decades. 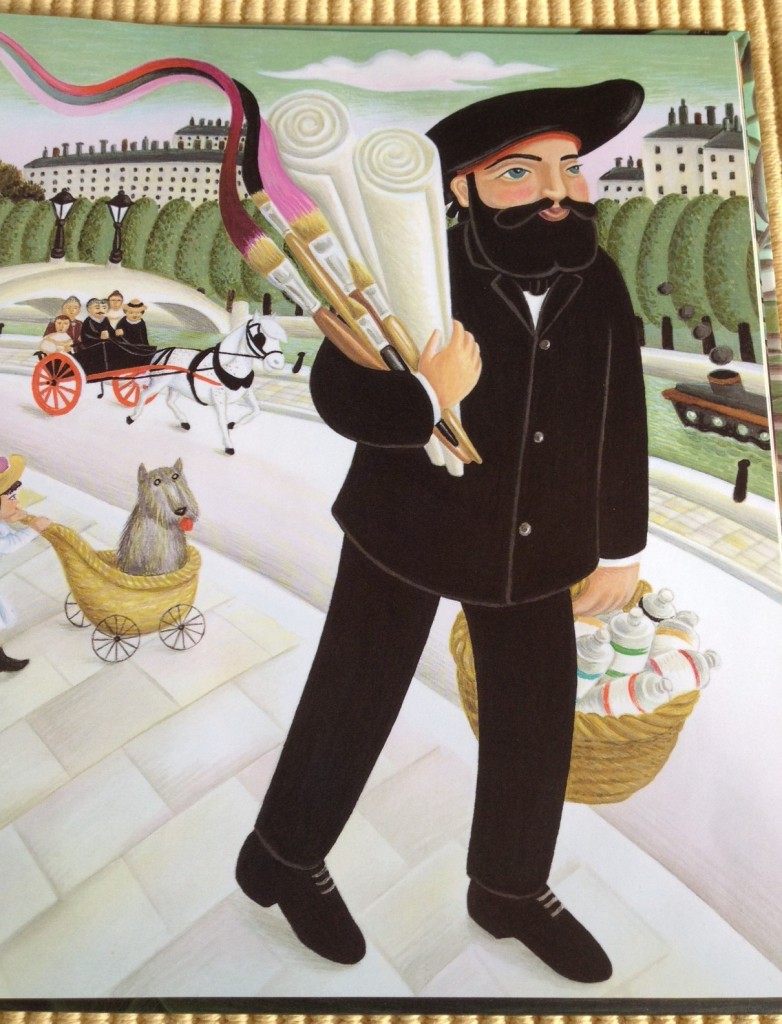 But most of all, it’s a story of perseverance—to an astounding degree. Despite poverty, limited resources and brutal discouragement from the critics Rousseau stays the course.

He lives and works in Paris, so when the creativity bug bites he does at least have the Louvre! He embarks on a campaign to teach himself to paint by examining the work of his favorite artists and studying anatomy in photographs and illustrations. Upon sharing his initial efforts at an art exhibition he hears only “mean things” from the critics.

It’s the World’s Fair of 1889 held in Paris that really sparks Henri’s imagination. Not only the tower erected by Eiffel, but exhibits of exotic faraway lands. They inhabit his dreams and his paintings for years to come.

“He holds his paintbrush to the canvas. A

tiger crawls out. Lightning strikes, and 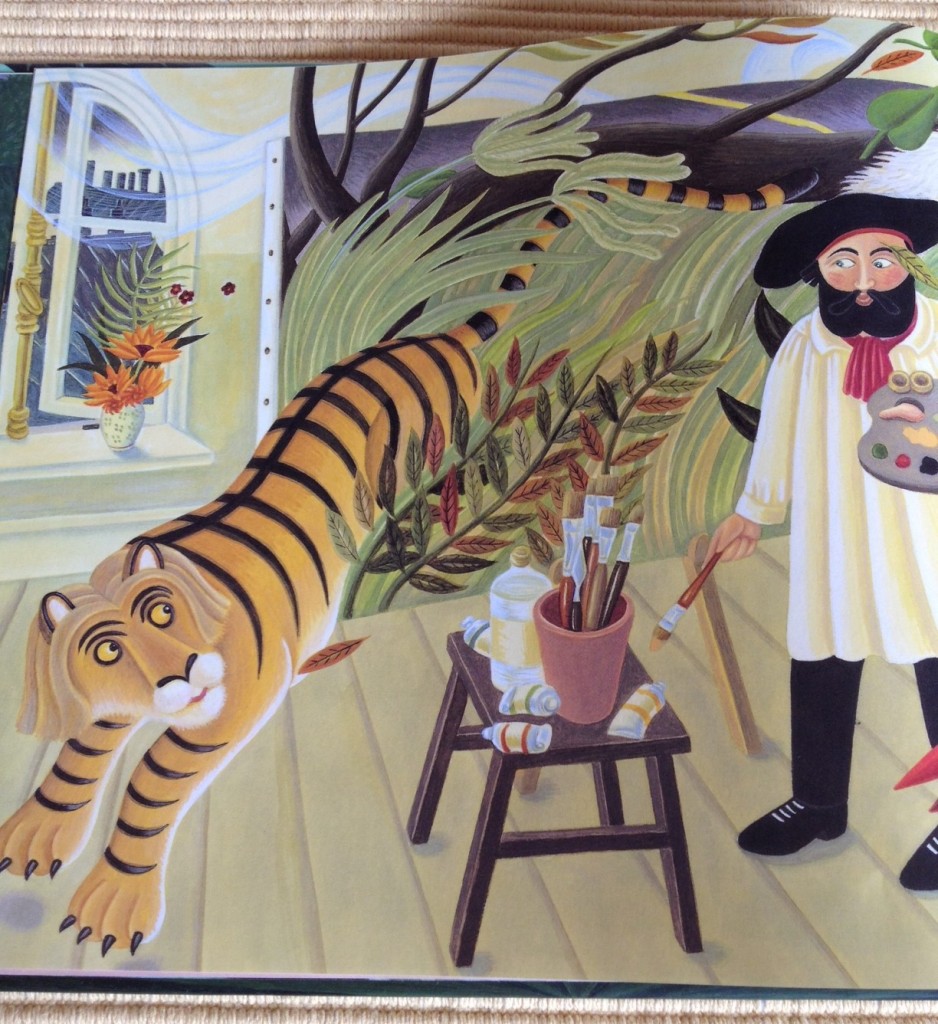 “Sometimes Henri is so startled by what

he paints that he has to open the window

to let in some air.”

The lines above highlight the artistry of not only Henri Rousseau, but author Michelle Markel. Her beautiful and active writing is complemented by dreamlike illustrations by Amanda Hall. It’s not easy to draw child readers into the art process of others, and some adults believe kids have little interest in adult characters. I think this picture book will fascinate all ages.

To me, a writer who spent years merely reading about the craft of writing and only truly dove in after the age of fifty, this story is very inspiring. Picture book biographies featuring characters living long interesting lives are always a draw for me, and important for children to read. But Rousseau never traveled to a jungle and he died in poverty.

However, he enriched his own humdrum life and he persevered with little encouragement. Rousseau’s personal courage carried him through year after year of cruel critics. One said, “only cavemen would be impressed by his art.” Others said, “…it looks like he closed his eyes and painted with his feet.” But he kept at it, improving his skills—a valuable lesson whatever stage of life we’re in.

The Sleeping Gypsy by Rousseau (MOMA)

Fortunately, the gray haired Rousseau’s work was eventually appreciated by avant-garde writers and artists such as Picasso, who befriended him. We learn in the back matter that his work was groundbreaking. Soon after his death his skill as a self-taught artist was acclaimed world-wide and Rousseau was “the first ‘naïve’ artist to be recognized as a great master.”

Not long after discovering this lovely book I had the opportunity to attend a national conference for writers in New York City.

At the end I zipped over to the Museum of Modern Art (MOMA) to gaze at art by true masters. There I found enormous original paintings by Rousseau and fought my way through crowds to stand in awe with many, many others. It was a treat to share with them a few anecdotes of his amazing life. 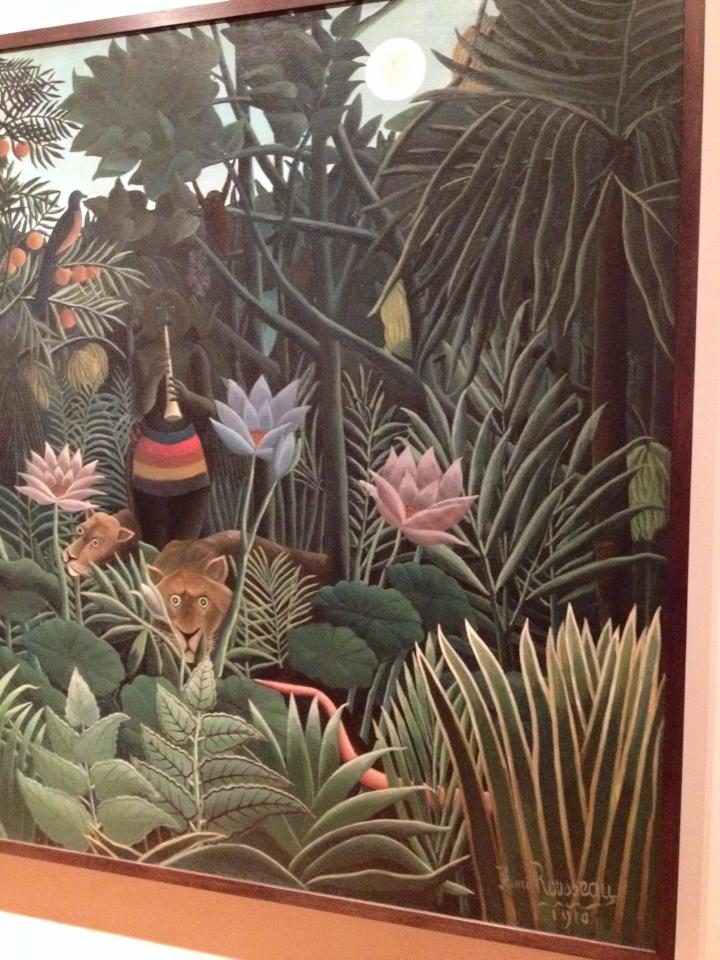 Portion of The Dream by Henri Rousseau (MOMA)

Enjoy a coloring page of Rousseau astride a tiger leaping over jungle-like foliage. Kids and adults? Coloring for stress relief is all the rage.

Visit a conservatory near you and marvel at exotic palms, ferns and even fruit-laden trees. Take a child along, and a sketch pad…

Find more “Positive Aging picture books” listed here and watch this blog for ongoing additions. You can sign up at top of page for posts via email just 1-2x/month. 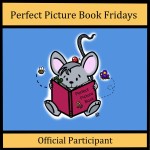 I reviewed my own copy of this book. To find or purchase a copy, go to Worldcat.org.

Read about other determined artists in Henri’s Scissors 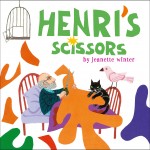 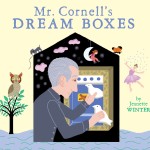 10 Responses to The Fantastic Jungles of Henri Rousseau: An A is for Aging Book Review